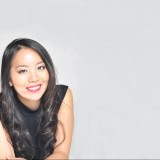 Based in Singapore but occasionally on the road. Enjoys meeting people of varying personalities from all walks of life with an opinion and perspective on things.

"CAROL" is a tale of one romance that is a microcosm of everyday relationships – scrutinised to emotions and expression.

The Strawberry Generation: A Need for Us to Remember Our Roots (饮水思源)

"Let us not forget to make provisions to care for our fathers as they took care of us."

Popspoken gets up close and personal with the new Singaporean face of Marc by Marc Jacobs - on her fashion style, designer tastes, and on moving to New York.

Has Instagram Changed The Way You Think, React, and Interact?

A Music Fanatic Must-Read! MTV World Stage Malaysia 2014 turns up the heat over the weekend with sounds from Thaitanium, Boys Republic, Yuna and B.o.B.

Style Spoken || Why Go Home When Valentino Feels Like Home

Valentino takes it down one notch from studs and glamour to sophisticated understated chic for Spring/Summer 2014.

Shane Filan Brings Back Westlife Days With “You & Me”

Shane Filan captured our hearts with his voice, songs, and affection for his wife.

For the unaware, Isabel Marant's claim to fame is her ubiquitous wedge sneakers dubbed this season’s “in thing”.

Here is a break-down of what went on for Day 7 of Fide Fashion Weeks 2013, where Asian Couture razzled and dazzled.