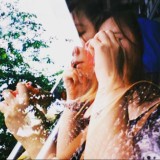 Thespian. Aspiring writer. Artist-blood. Lives for thrills and the unknown. She blogs leisurely at thisisatypoerror.wordpress.com and is always on the look out for new experiences and excitement.

Inheritance: Digging Deeper into The Meaning of Family

Inheritance is the second production out of three back-to-back shows by The Finger Players this April. Hauntingly beauty, this is a doll's house you might never want to get out of. Read on to find out why.

Last staged in 2010, The Theatre Practice is bringing Rock 'N' Roll back with “Liao Zhai Rocks!”. Here's our verdict on the Chinese tale of love and folly.

Brian Lobel wants you to rethink what friendship really means.

Would you like to have your alcohol served up with a dose of chili padi, maybe? A fusion of Western and Eastern, Lin Rooftop Bar gets bar goers to rediscover Asian delights in food and drink.

Sabrina and Euginia of Take Off Productions