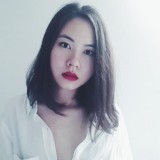 Currently holds a degree in Art History and French from the University of Melbourne. Dreams of a mandatory arts education programme for the masses. Has an affinity to Minimalism and International Yves Klein Blue. Loves cats.

Four Destination Museums in Asia You Must Visit Before You Die

If Singapore's art scene isn't enough to satiate your cultural cravings, perhaps it is time to look beyond our shores to some of the best destination museums in Asia.

One day you're in, the next day you're out. The art world is as fickle as the fashion world when it comes to trends. We bring you four of the biggest trends we spotted.

Five Things You Must See At Singapore Art Week 2016

If art's not your thing but you wanna look cool and cultured on Instagram, check out out list of the five must-see events at Singapore Art Week 2016!

‘Still Moving: A Triple Bill of the Image’ at SAM Takes Instagramming to Another Level

Get some tips from Singapore Art Museum's latest photography exhibition to try out some completely mind-bending photo manipulations for your next selfie. Note: this isn't your regular Valenica or X-pro filter.

Herb & Dorothy: “You Don’t Have to be Rockefeller to Collect Art”

If you haven't already seen Megumi Sasaki's award-winning documentary 'Herb & Dorothy', this is why you should.

Held at Artspace @ Helutrans in Tanjong Pagar District Park, the art storage facility and event space was turned into a chic warehouse party.

Everything You Ever Wanted Is Right Here: Dawn Ng Phones Home In Her New Solo Exhibition

Dawn Ng, the brainchild behind WALTER and various other works such as BlackOut 2009’s I fly like paper get high like planes, is back once again.

Cross-cultural Fashion Exchange at 20 By Two

20 By Two – Fashion Beyond Borders. Presented by FashionSpace and Tongue in Chic, two major advocators of budding local designers, 20 By Two is the product of a cross-cultural fashion exchange between Singapore and Malaysia, blending fashion, art and technology.

Gardens of Inspiration: A Collection of Watercolour Paintings by Ong Kim Seng & Students

Commemorating the 10th anniversary of the Halia Restaurant at the Ginger Garden in the Singapore Botanic Gardens, Singapore Cultural Medallion for visual arts awardee and water-colourist, Ong Kim Seng, as well as a handful of his students have been invited to exhibit a range of works at Villa Halia from the 30th August to 16th September.