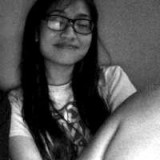 An interview with Tan Kheng Hua on The Substation's She's A Great Way to Fly.

Into The Mind Of An Artist: 12 Quotes By Australian Painter Joanna Lamb

We talk to Aussie artist Joanna Lamb about her eerily sterilised, yet visually captivating works of art.

A five-star experience, as far as theatre productions go.

An original play by Euginia Tan every twenty-something will relate to.

A promising theatre newcomer nails the role of the autistic teenage boy in “Falling”.

5 Songs We Want To Hear At Panic! At The Disco’s SG Concert

We list some of Panic! At The Disco's lesser-known songs that we want to hear this August.

Frances Lee: “Love Can’t Be Defined By A Statistic”

A cast member in Pangdemonium’s Rent, Frances enlightens all with her definition of love.

This theatre luminary talks love, both romantic and unconditional, and more.

Indulge in exquisite gourmet as a love story unfolds before your eyes in "Mind Map of Love", an interactive play by Skinned Knee Productions.

Stop this atrocity of destroying the Sungei Road flea market.