When Covid-19 reared its ugly head in Singapore, Claudia Sondakh’s elation about her pregnancy made a quick gear shift into apprehension. Barely a month after Plentyfull’s offshoot brand Plentyfull Bakery & Deli opened its doors in Great World City, the Prime Minister announced a nationwide partial lockdown, to contain the spread of Covid-19 in Singapore. “We opened right smack in the middle of Chinese New Year, so we never really had the chance to shout out about the opening,” recounts Claudia. “Almost immediately, we had to pivot to cope with the crisis.” And so she pressed on with adopting the offerings of Plentyfull Deli, combining the takeaway and delivery menus of both eateries to ease customer interaction with the duo concept. 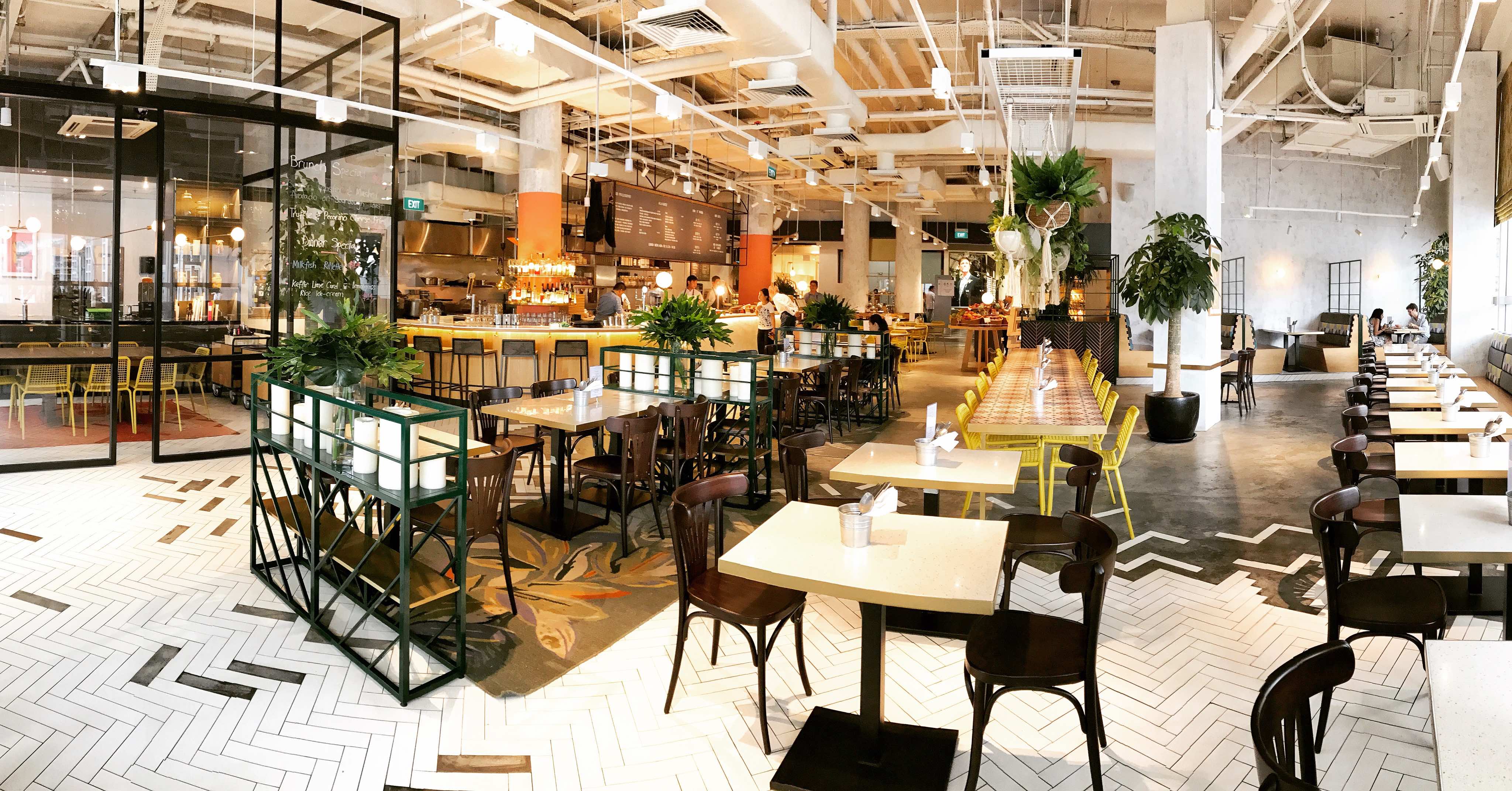 A departure from Plentyfull’s more formal plating, the deli in Great World City adopts a slightly more casual menu that boast an “eclectic collection with Asian inspired flavours such as prawn toast, kimchi breakfast burrito and Oma’s bubur ayam,” says Claudia – worldly flavours that instead of competing with one another, are part of the same adventure.

When the pandemic broke out, Claudia was quick to introduce ‘care packages’ , seeding on the culture of gift-giving back in her home country, Indonesia. These immaculate baskets amass an assortment of freshly baked breads, homemade jams, truffle butter and pastries. It’s a heap of good things that take some willpower not to demolish in one seating.

She also initiated a new hashtag campaign #PlentyMoreStories on their social media platforms to share recipes hailing from her kitchen team, rich in history and steeped in nostalgia. Through the taciturn month of July, @PlentyfullDeli’s Instagram feed was treated to a soundtrack of delicious hits. There were Head Chef Victor Loy’s Penang Assam Laksa, Jenny’s Hakka Fried Abacus and Claudia’s very own Oliebollen (a Dutch version of a doughnut inspired by her Oma, or grandma). “It has always been my intention to serve dishes inspired by our travels and diverse heritage,” Claudia says. She herself has had the privilege of a multifaceted lineage, one that spanned Javanese, Dutch, Thai and Chinese. “Growing up, lunch would often be a tapestry of cuisines. You could be having Oma’s pastel tutup (Dutch Indonesian Shepherd’s Pie) next to Mbok Yanti’s (her cook for over 30 years) Padang dishes.” It’s a budding gourmand’s dream, and as poetically as Claudia puts it, “I see food as our love letters to our loved ones, past and present.”

Despite the fail-safe of the Western influenced menu at Plentyfull, Claudia is dedicated to making a slingshot back at representing the ingenuity in a melting-pot of immigrant cultures. She cites her mum’s Thai Roasted Chicken as a sign of her solidarity, “It’s such a simple dish but it’s so flavourful, and it reminds me of my mum instantly,” she says.

Meanwhile amid the pandemic, aside from finding comfort in food; in which case, “Ice cream!” exclaims Claudia enthusiastically when asked what foods did she crave during her pregnancy; she had also successfully delivered a baby girl.

“Motherhood has its challenges but it’s all worth it in the end,” she admits. Just the purity of a child’s laughter alone warrants that painstaking journey. She embraces motherhood, finding joy in their stories and wilful imagination.

Being a mother is no easy task. You’ve been told it’s the most precious time in your life, but sometimes one can feel in over your head. “Be kind to yourself,” advises Claudia, “You’re not going to have everything figured out and probably never will, but that’s okay.” Seeking a support system is equally important, lamenting that, “It really does take a village to raise a child, so don’t be shy about asking for help.” Her most brutally honest tribulation: the lack of sleep which in reprisal, is a condition she is most adamant of fixing. “Kids are like sponges, they pick up on anything. Hence modelling good behaviour is so crucial, Claudia says, so sleep, she insists, “A cranky mother never helped anyone.”

She strives to maintain a sense of normalcy during these unsettling times by performing self-care. Sticking to activities such as gym, pilates, listening to music and cooking to luxuriate in me-time. Recently she has taken to colouring, vouching that it’s “therapeutic as it forces me to slow down”

“If there is a secret formula to staying happy? What is it?”

The short answer, says Claudia, is to be grateful. “Even on your worst days, if you take a step back, you’ll come to realise that there’s always something to be thankful for.”