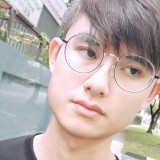 Journalism? In this economy?

The MTV #MovieAwards: The Morning After

Yes it wasn't as crazy as previous years', but was it boring?

They're not called MUSIC Television for nothing, you know..

MTV #MovieAwards: At Half-Time, Not Many Hysterics On Display

Here's a half-time info sheet on the MTV Movie Awards before we review the full show later in the afternoon!

Road to the MTV Movie Awards 2014: Blast From The Past

Before the show airs tomorrow, we take a quick look at all the throwback cray cray from MTV Movie Awards past.

American indie pop band Foster The People are back... with a lot to say.

One To Watch: SAM SMITH

The land of the Queen has turned out another star on the rise!