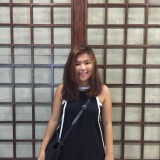 Here's how NUS freshmen orientation camps have changed one year on.

“I think the EDM bubble in Singapore and the world is starting to shrink and artists should start putting something new on the table.”

Wonder Woman finds a place for itself as being one of the top, if not the top female-starred action superhero movie.

“Attention is hard to catch. Finding new ways and ideas to arouse people's curiosity is a challenge I love taking up.”