From Volunteering to Taking the Helm, Hak-Peng Has Sustained a World-Class Orchestra

Home to one of the finest symphonic ensembles, Singapore Symphony Orchestra (SSO), founded in 1979 has grown to a size of 90-strong musicians, with carefully curated programming created to suit the tastes of audience in each locale. Its CEO, is sailing through the pandemic. Having no formal background in classical music did not deter him from pursuing ambitions in relation to building a world-class orchestera, having moved from his role at Bain & Company to starting as a volunteer with SSO, and assumed the role as its head honcho in 2015.

“I guess we would have loved to share the news with the orchestra in person, instead of through virtual means – to acknowledge the efforts of each musician for their contributions over the years, as well as the participation in the excellent albums released in 2020 – 2021 that have won us the nomination,” says Hak-Peng, as he celebrates the wins for the sole Asian orchestra awarded third in place at the prestigious Gramophone Orchestra of the Year award. Even though the orchestra clinched this award during the pandemic, Hak-Peng is not resting on its laurels to come up with a national identity for classical music. Something that he hopes will invigorate the nation post-pandemic.

Popspoken: As CEO, what goes behind running the SSO and what, in your opinion, makes a performance a successful one? What makes an orchestra “world class”?

Hak-Peng: The symphony orchestra is one of the most amazing creations of mankind. An average live concert involves some 1,600 people in the audience, 30 or more crew backstage depending on the complexity, and another set of people working to support the ongoing administration of a full-time orchestra. With 100 musicians on stage, each of them having spent a lifetime honing their craft to be at the top of their game for their instrument, they come together to perform under the guidance of the conductor of the day. Each week, the orchestra performs different repertoire, and members commit to multiple rehearsals, before putting up the live concert during the weekend. As an audience member, you wouldn’t see this machinery going on behind the scenes.

A successful performance is centred around the audience – how they feel, what they receive and the impact which the performance has had on the individual. Some people attend our concerts to learn and listen to the SSO’s interpretation of a specific work, or to hear how we make music with the soloist or conductor. Others see our events as a platform to connect with music and their inner selves, taking time to be away from the stresses of the day-to-day. For others, it is a night out to spend time with a loved one or their family. When the audience walks away feeling uplifted and inspired, I think that would be considered a successful performance.

I’ve never fully embraced the use of the term ‘world-class’ by many different sectors in Singapore. For some, it could refer to the playing standards in comparison to well-known orchestras worldwide. For me, it is also about how well an orchestra touches the hearts of people from different walks of life and different parts of the world, while retaining its unique identity of its culture and society.

Popspoken: Tell us a bit about how you entered the world of classical music and eventually stepped into your current role as CEO? What are your favourite and least favourite parts of your work?

Hak-Peng: I didn’t come from a background in symphonic music and had to really get up to speed when I joined. As a child, I learnt and took exams in classical piano, and participated in the school band where I picked up a second instrument. I later went on to join the Singapore Youth Orchestra, as well as several bands and orchestra all the way to university. I became interested in symphonic music and started attending SSO concerts only later in my school years. Prior to joining as CEO, I was a volunteer with the SSO and subsequently on the board of the orchestra.

There are many things which I love about the work, and the most enjoyable is meeting different people, especially the team I work with and the musicians of the orchestra. My least favourite part is when each concert ends – it is as if you are being taken on a magical journey away from the realities of the day-to-day, and then suddenly realising this journey has to end, only to return to the daily grind.

Popspoken: What are some of the trends that you see in the music scene?

Hak-Peng: This is a fascinating scene to watch. It might premature to make a call on trends, but here are a few observations. First, there is a distinct diversification of genres (and sub-genres) in music. I think this is quite exciting because it means that musicians are continuing to seek out their voice and how they express their music. We see this in pop, and also in classical. Secondly, the music scene continues to be in the midst of searching for some form of national and musical identity in Singapore, and this is true for both songwriters and classical composers.

Lastly, the consumption of music is changing. Music lovers are more open to different ways to listen to music, whether digitally, including via streaming, or live. This sometimes translates to each person having a more diverse taste in music, since individuals now have access to a plethora of concerts and options at the box office. The popularity of a discounted regular subscription to concerts has come down and we are seeing more single-concert and full-price ticket purchases.

Whether these are fleeting trends or lasting movements, they point to a more vibrant, rich, and diverse music scene we enjoy today. 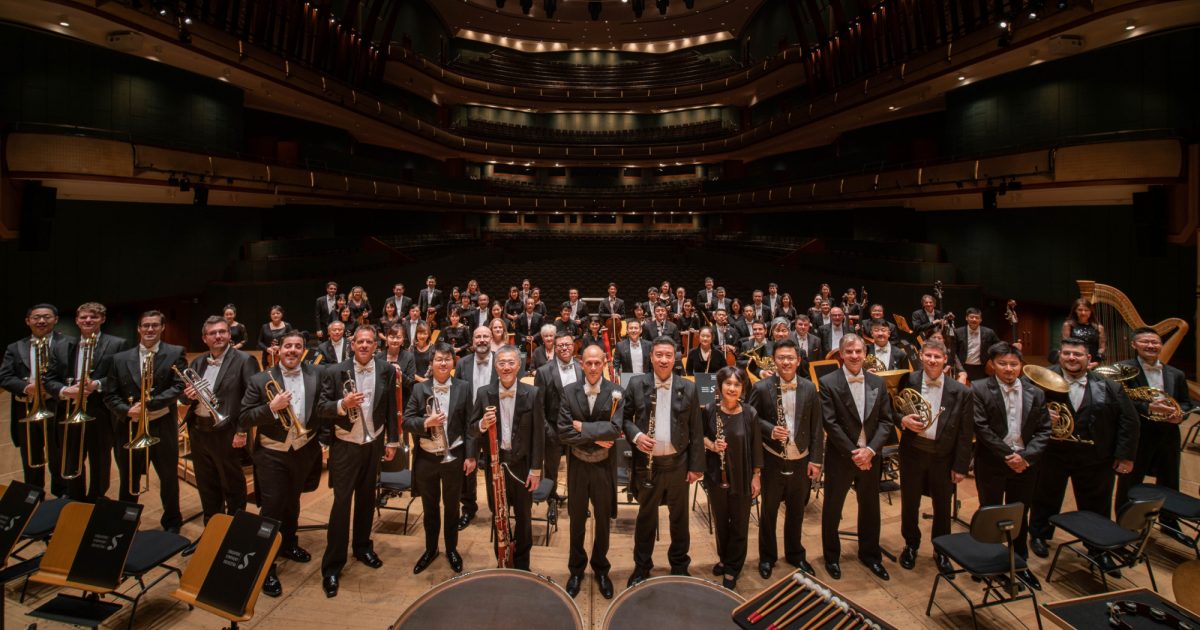 Popspoken: The Gramophone nomination for Orchestra of the Year is an amazing accomplishment – congratulations! Can you talk about its significance to the orchestra and its future?

Hak-Peng: The nomination in itself is a recognition of the orchestra’s recorded sounds, dynamic programming and ongoing initiatives, as well as the leadership of SSO’s music directors. We are proud of the efforts placed in making recordings and albums over the past decade. It is an honour being on the list along with the other nine international orchestras.

Popspoken: Are there more we can do as Singaporeans in terms of support, whether as individuals or as a matter of government support, policies etc?

Hak-Peng: We are very fortunate to have the strong support from many of our partners and donors that has made the work at Singapore Symphony Group possible. It has enabled us to bring our music to a wider audience, but also deepen our connection with them and inspire a love for classical music.

We are on a journey to create memorable shared experiences with music, and I think what Singaporeans can do is simply to join us! This could be through attending our live or online concerts, or watching our online releases of concerts via social media, for example.

Popspoken: Tell us more about the role that technology, especially digital technology has in this new and ever-changing world. Has digital concerts and streaming found new audiences for SSO – Gen Zs, for example (And what is your view on orchestras that have worked pop music and film scores into their repertoire)? How have they been embraced by your core audience?

Hak-Peng: COVID-19 has altered the concert experience greatly. Live concerts have decreased and halls feel empty at times with safe distancing in place. The idea of online concerts is not new but there is gradual shift to these virtual options, considering the limitations we face with live events today. For the SSO, it was a learning experience to observe the consumption patterns that have been quickly changing in the past year.

However, I do think there will be many who will be looking forward to attending live events again to face the music and enjoy impactful sounds of the orchestra – a delightful treat to the senses.

For more information about the Singapore Symphony Orchestra (SSO), go to www.sso.org.sg.

5 tracks to add to your playlist this August

Stay connected to receive the latest happenings of music, art and culture. ​