Ever since her creative career was kick started at Singapore Repertory Theater in 2003, 37 year old pop-soul musician Vanessa Fernandez (aka Vandetta) has never looked back.

Formerly the Programme Director at Lush 99.5, artist-producer Vandetta has since gone on to start her own independent label, Ownself Records,  and continues to champion Singapore music, from producing the Hear65 showcase at BIGSOUND to leading the Noise Music Mentorship program for the National Arts Council. As an artist, she has performed at Laneway Festival, F1 Singapore Grand Prix, amongst others, and releases music with audio-visual collective, Syndicate. Being authentic and in touch with herself has allowed her to deal with emotional pain from past experiences and weave it into her new single, “Not Your B” that dropped this week.

Vandetta shares with Popspoken the inspiration behind her new soulful hit featuring Tim De Cotta, Charlie Lim, Kerong Chok and Marques Yong, as well as thoughts on how multiple stakeholders such as brands and the government need to take on a constructive mindset to give local talent the space to keep on pushing, such that they can one day enter the global arena. We go deeper with her in the second part of the interview with the Proust questionnaire.

Popspoken: Was “Not Your Bitch” inspired by something personal that happened to you in 2008, if yes, could you share a little bit more on this?

Vandetta: Yes, but it’s also a combination of other people’s stories who are in the same kind of scenario. At the time, I had been dating someone and we got along really well. It didn’t need to be anything serious but it started to go sour when I felt like I wasn’t being treated with respect. That line “only wants you when it is convenient, doesn’t really really care how it makes you feel” – that encapsulates what I was going through. It was over 10 years ago and I feel that these days, relationships can be even more unconventional but the message still works.

Popspoken: Any words of advice for people who are in an emotionally abusive relationship and are still stuck in that space?

Vandetta: It took me a while to realise that being unconditional with love was not something that only applied to how I love others but also myself. I somehow thought it made me selfish to put my needs above someone else’s even if I was suffering emotionally. The more I did this the more I fell deeper into a state of insecurity, so much so that I thought – who you are is defined by your act of loving someone else, and that isn’t always healthy, it’s exhausting.

Popspoken: How do you separate your personal and work spaces, since they are so contiguous on each other?

Vandetta: When you give a lot in your work, you actually owe it to yourself and others to be able to rejuvenate. Doing things that most efficiently restores you, helps you to maintain work-life balance. It differs for everyone but in order to have and create space for yourself, you have to make time for yourself. If you don’t respect your personal space, no one else will.

Popspoken: Share with us how your parents’ expectations of you shaped your decisions taken since you made the leap of faith when you were 16. Have their perceptions of your career changed since?

Vandetta: My dad didn’t expect too much but didn’t stop me because he is an amazing singer that ended up in finance. He only warned me about the perils of rock and roll. My mum always encouraged me to express myself creatively, but reminded me about the reality of sustaining myself. Their positions haven’t really changed and I think they are very proud of how I’ve grown as a person and not just as an artist.

Popspoken: How do you get into the flow when making music and how has this process evolved through your career?

Vandetta: I’m in the flow when I hear or feel something that inspires me to act, write or sing. When you’re creative, if you practice regularly and improve outside of the moments of inspiration, it makes it much easier to just flow when those sparks light. Routines are actually great because creativity is best with some structure. I also need a lot of physical and mental space to sharpen my focus, so I take more time in between creating.

Popspoken: What do you think it takes for local artists to break on the international stage?

Vandetta: We need a bit more time to grow the industry so that our artists are competitive globally. Right now we don’t have anything that’s either exceptional, unique or inspiring enough for a global audience. Neither do we have enough resources or sophisticated support to market an artist globally. If we don’t give up as a scene, perhaps in anywhere from 5-20 years we will evolve into a culture that can produce someone compelling enough to pull enough people together around them and around the world. What it really takes at this point in time is for enough of us not to give up.

Popspoken: Are there any global corporations you’ve seen that have taken a lead on supporting their local cultures that you would hope to see more replicated locally?

Vandetta: A lot of institutions do this from museums to arts councils but what we need are more people who love and respect art and music, which requires a generational shift. It won’t happen without stronger socialization of music through education and mainstream media. Through advocates, government organizations have started to back music more, which is great – they see the link between music/art, soft power and economic growth. It would be great if brands like Adidas or Red Bull could use music/artists in branding the way their international counterparts have done, but we just don’t have the market size for this. Perhaps we need more savvy marketers who are music-lovers to be champions, coupled with better creatives and strategists on the music side.

Popspoken: Do you think there is space for the Singapore audience to be more understanding of local culture, yet at the same time critique constructively such that the local artiste’s boundaries are pushed? (If you could share some of your personal experiences / encounters, that would be great)

Vandetta: I think audiences have a limited understanding of the music scene (e.g. from the artists and everything/everyone required in the process) because the majority of the gatekeepers of mainstream media aren’t connected with local music and art. However, that is thankfully changing over time. The audience is absolutely right to say that we don’t compare to whatever is globally making waves but they don’t understand what it takes to create these products or the people either, so it’s not really constructive just populist. However, I think it’s other people’s task to critique or like or consume your music but the artists’ task to keep creating and getting better. Then maybe one day there will be more people that find what you create is actually good and inspiring instead of the opposite. 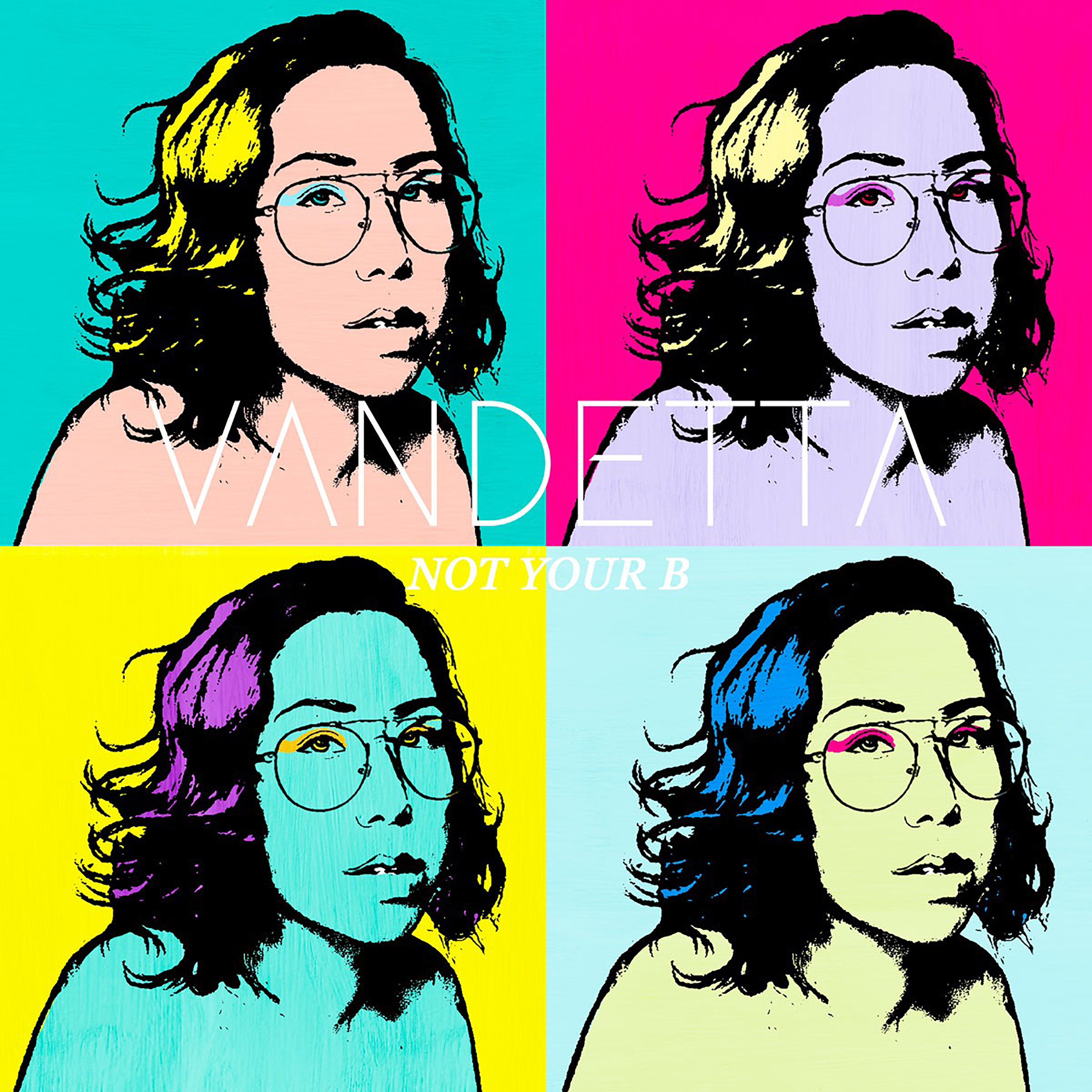 Popspoken: Who are your favourite musicians?

Popspoken: Which living person do you most despise?

Popspoken: When and where were you happiest?

Vandetta: Every time I feel love.

Popspoken: What do you regard as the lowest depth of misery?

Popspoken: What is your current state of mind?

Vandetta: Be grounded without fear, desire without guilt, will with no shame, love without grief, communicate without lies, intuit without illusion, and understand without attachment.

Popspoken: What do you most value in your friends?

Vandetta: The trust and ease with which I can laugh or cry around them.

Popspoken: What or who is your greatest love of your life?

Vandetta: My voice, and my partner Nic Robertson, who I also get to make music with!

Popspoken: What is your greatest regret?

Vandetta: I don’t have any!

Popspoken: What is your motto?

Vandetta: Give, receive and create with love.

Vandetta: With love and respect.

Vandetta will be performing at The Alex Blake Charlie Sessions, 7 December 2019 at Pasir Panjang Power Station alongside Ginette Chittick, A/K/A Sounds and more. Take a listen to a snippet of her new single, here.