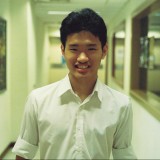 Passionate about stories since young, I fell in love with movies as a visual medium and will continue to be enamoured by it.

Of Betrayal and Self Discovery: Picks from The European Union Film Festival

The 26th Singapore International Film Festival will be held from 26 Nov to 6 Dec 2015 and showcase 146 films from 51 countries.

Here’s Why You Should Check Out Perspectives Film Festival 2015

Student-run film event Perspectives Film Festival 2015 will be held from 15 - 18 October at the National Museum of Singapore.

“7 Letters” Is The Most Visual Gift To Singapore This #SG50

Singapore film "7 Letters" is a fitting birthday gift for the nation as we celebrate SG50.

Unlucky Plaza: A Motley Crew Fails To Get Lucky

A fine example of "Anything that can go wrong will go wrong."

Planes: Fire and Rescue is a dismal animated flick.