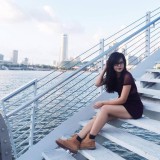 A concert-goer got punched in the face at Yellowcard's concert... by security?! Also, here's our viral exclusive interview with Yellowcard!

At this year's Singapore Writers Festival, Popspoken explores the heartbeat of a true writer.

Honestly though, if you haven't gotten your copy of 1989 yet– you might just be missing out on music history.

A Curated Playlist From Play Live 2014

Popspoken came up with 8 tracks we dig from the various artists at Play Live 2014, exclusively for our readers (yes YOU)!

Liverpool FC Legends in Singapore Not Here Just To Party

Liverpool FC Legends will be in Singapore at the Jalan Besar Stadium on 15 November for a full-field match against our local football heroes.

For the first time, France has invited Singapore to present the best of its contemporary arts and culture and heritage in a large-scale showcase.

MTV VMAs 2014: A Lesson In Pushing Singapore Musicians From Local To Global

Most home-grown musicians will unabashedly admit to their dream of becoming Mr or Ms Worldwide - and how do you know when you've turned this dream into reality? You get invited to the VMAs, duh!

If you are a fan of pop rock and/or local music, you'll have definitely heard about the annual, student-driven IGNITE! Music Festival at Republic Polytechnic Lawn in the month of August.