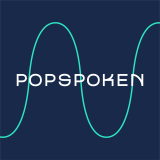 Get Fit Aboard A Luxurious Staycation On Zouk At Sea

Shifting perceptions of Genting Dream's focus from gaming to travel, wellness and entertainment.

Heather: Can You Separate Art from The Artist?

Does the artist matter as much as the art being made? Discuss.

Techno producer and veteran DJ, Eddie Niguel, will be playing alongside one of the biggest names in the German electronic music scene, Roman Flugel as part of the next installment of Escape 56.

The Finger Players’ Fiend’s Diary is A Paradox: Both Simple And Elaborate

A Fiend's Diary by The Finger Players depicts the absurdity of life and the futility in one’s search for its true meaning.

Multi-talented veteran Vandetta has dabbled in various creative spheres for the last 20 years. Her new single, "Not Your B" digs deep into emotional scars left behind by previous abusive relationships.

Permanence questions the difficult decisions of holding on and letting go.

The iron-willed multi-hyphenate battled suicide and other physical ailments, and at one point, even lost her theatre company, Zebra Crossing.

A Clockwork Orange is a difficult production to dissect. Find out why.

If you are not a fan of musicals, would Urinetown be a good watch? Read on.