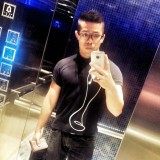 Exclusive Premiere Of ‘Cafe Cult-ure’: Are Hawker Centres Too Dirty For The Youth?

Will youth never go to a hawker centre anymore? This mockumentary says so.

Youth Activist Daryl Yang: Politics Not The Only Answer To Singapore LGBT Progress

The power of the youth to volunteer and stand together will push LGBT progress forward, Daryl says.

Why Is Singapore So Competitive? How This Young Singaporean Buckled Into Anxiety

The crush of Singapore's competitiveness can be too difficult to bear from some. And for one Popspoken writer, it was.

Shangela: How To Be A Business-Savvy Drag Queen, From This RuPaul’s Drag Race Star

Halleloo: let the queen pass as Shangela tells all about her life on the road and living with Donald Trump as president.

Singapore says yes to LGBT protections, but no to Human Rights Council intervention.

Kilo Lounge is coming back!

Singapore Presidency Bill: Did The Youth Not Do Enough To Speak Up?

We don't have to wait until the next election to make our voice heard.

Coldplay Comes To Singapore On April 1

"The Singaporean has to be big-hearted and broadminded in order to embrace others not like himself."

Plus, who runs Dear Kelly and Teenage Magazine.