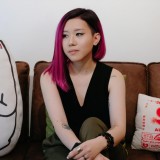 To always be with good selection of cheese, books, black dogs, and girls.

British Jawbones Sherlock is Back with his Companion

If you were a Sherlock fan, then we would have seen you at the 13-hour AXN Sherlock movie marathon held at Lido theatre last Sunday. Even Sherlock himself came down.

Invasion Of The Bane… Without Mrs Wormwood

Add 2 men to 140 characters, subtract all props and sets, pretty it up with live music and accents; and you will get Bane — Bruce Bane.

The Peony Jade Way to Horsing Around

The new CNY "Eight Beauties Of The Blossoming Spring" menu allowed us to have little jade horses for dessert. True story.

We got you covered for the next few hours of your Christmas with nice (and naughty) carols sussed out from the creative red sack of YouTube.

Did You Pee Mak Your Pants?

With the clammy fingers of Halloween slowly trailing out of our minds, we thought it would only be apt to bring up the hilarious moments from our experience at this year’s Sentosa Spooktacular.

Pointing At The Moon & Stepping On Offerings: Our Childhood Chills

Remember how we got cuts behind our ears because we pointed at the moon? Creepy stuff.