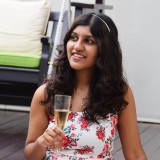 Why Are Celebrations For Sonny Liew’s Eisner Win So Muted?

Sonny Liew is the first Singaporean to win the "Oscars of comic books". Why is everyone so silent about it?

As opening nights go, this one was certainly eventful.

“Everyone Can Travel”: Local Travel Blogger Hendric Tay of PohTeckToes

“It is not a YOLO thing. It is a calculated choice. I knew what I had to work on to make it sustainable and I knew the practical considerations were very real.”

Millennial travellers don't value brand loyalty as much as getting the most personalised, hassle-free treatment.

Kult Gallery is back at it again with choking hazards - an exhibition about design, toys and all sorts of fun.

Journey Live In Singapore: A Journey With Highs And Lows

The real show stopper that night was Schon and his guitar solos.

The Underbelly of Singapore’s Education System: How Students With Learning Disabilities Suffer

More than 13,000 students in mainstream schools in Singapore have been diagnosed with a learning disability. This piece is for them.

The Light Between Oceans: The Period Drama That Will Force You To Question Your Morals

What would you have done in a similar situation?

We expected a whole lot more from Illumi Run.

ILLUMI RUN 2016: Things To Look Out For, Including A 30-Meter Glow Slide

If you’re looking for a fun way to inject some colour into your Christmas this year, ILLUMI RUN is the place to be.