Ahead of the release of Marvel’s Ant-Man in July next month, a special sneak peek of the upcoming movie that contains more than six minutes of footage will show exclusively in Shaw IMAX theatres starting Thursday, June 11.

Marvel announced in a press release Wednesday that the first look will screen directly ahead of Universal Picture’s Jurassic World and will be featured at every screening of Jurassic World in IMAX theatres only.

The fourth installment in the Jurassic Park film series, Jurassic World opens June 11 in Singapore and continues the story of dinosaurs that Steven Spielberg created since his classic Jurassic Park. Told with visual effects that enhances the realism of the lifelike dinosaurs and presented in 3D that will bring you closer than ever to the reptiles, see Jurassic World in IMAX 3D and sneak a peek at Ant-Man while you’re at it! 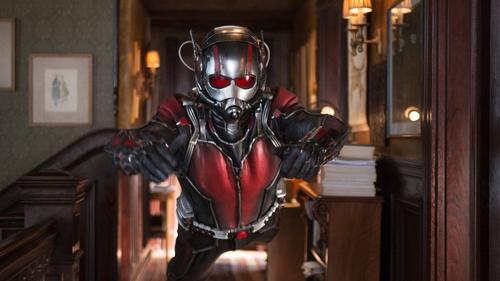 Ant-Man is directed by Peyton Reed and stars Paul Rudd as Scott Lang, also known as Ant-Man. The IMAX 3D release of Ant-Man promises crystal-clear images combined with IMAX’s customized theatre geometry and superb digital audio that will create a unique movie-going environment, and there is no better way to get a feel of that experience than to catch the sneak peek of Ant-Man.

Prev post First-Ever “Jubilee at the Gardens”: A Walk Down Memory Lane Next post Kilo Lounge Cements Itself As A Class Act

Film critic, filmmaker and occasional actor. I write about local and international movies, and just want to tell stories.